havn't posted in a little while. but havn't really been very productive either, so i guess it works out.
the art car parade was last weekend and i was contacted by the orange show to do something on these boxes for it. they had gotten these 8'x4'x3' wooden and metal joboxes on casters that were being used to transport whatever supplies were needed for the parade. their idea was to have different artists do stuff on them and after all the supplies were delivered the boxes would be left to be viewed along the parade route. i didn't go to the parade but this is the finished box in the backyard of the orange show office. 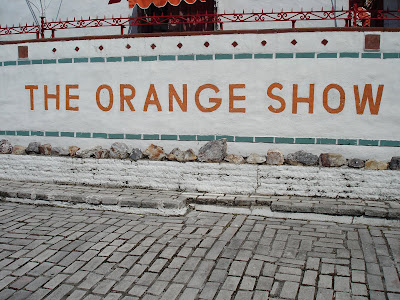 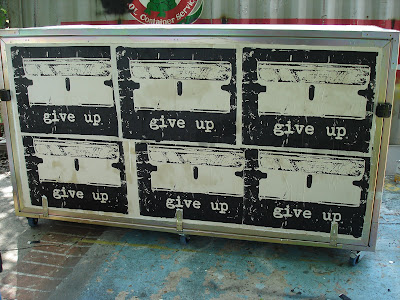 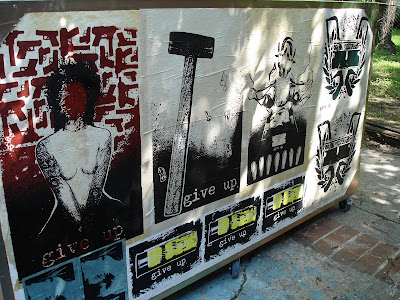 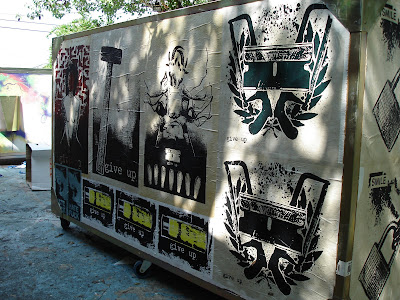 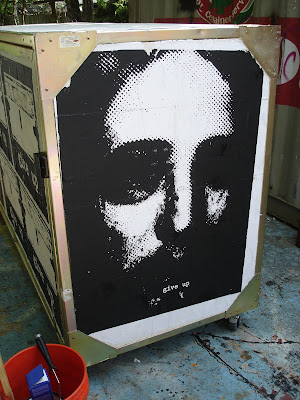 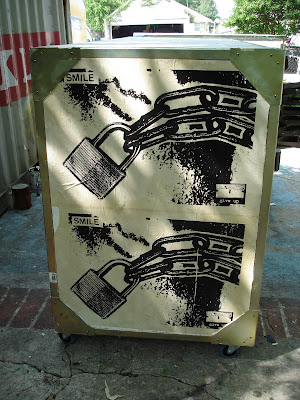 finished some new printes. 24"x36". havn't put any up anywhere other than here yet 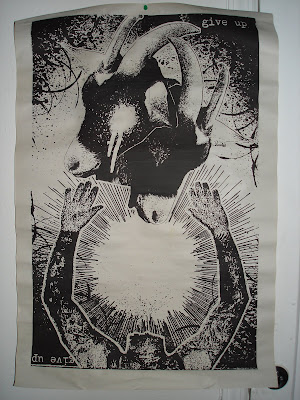 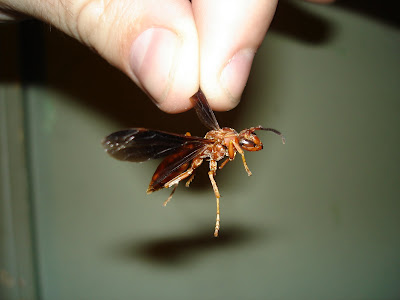 went to the beach 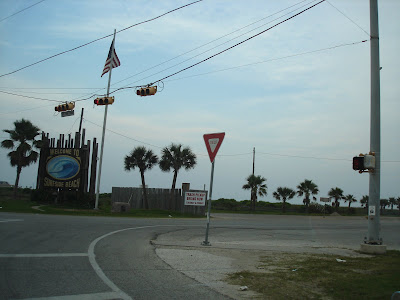 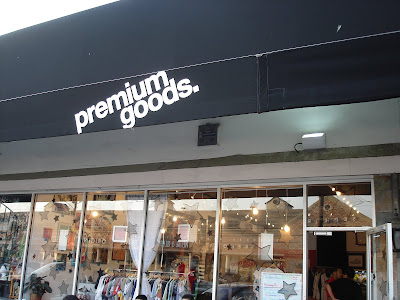 there was a good handful of artists involved including sara lyons and james burns. this photo doesn't represent james' work very well but it's the best i got. 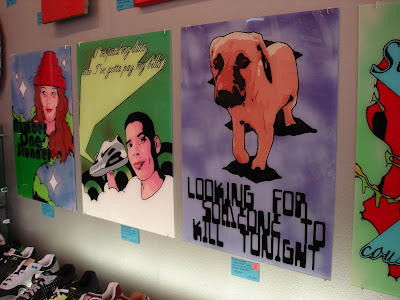