"when i leave, this party dies"

blah blah blog. the show with yar at domy opened last friday. a lot of people came out. drank beers. bought art. bought books. good times. dan, russell, layne, nick, and everyone else involved really pulled everything together. doing a cool thing and made a good night. thanks guys. 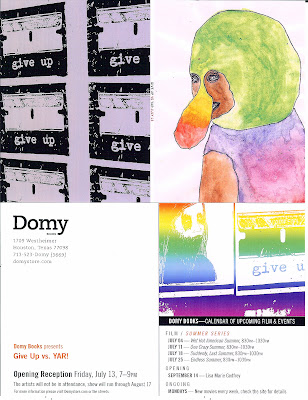 domy ran an ad in hamburger eyes for the last show they did with shawn smith. apparently they actually sold a lot of his work too. stuffed animals giving hugs? who would've thought? but more importantly there was a line at the bottom of the ad about this show coming up. and hamburger eyes is awesome. www.hamburgereyes.com. duh. 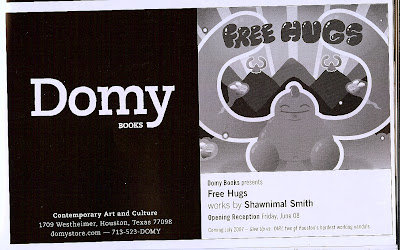 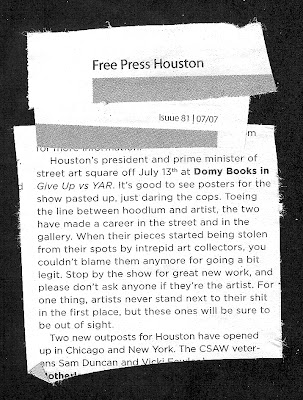 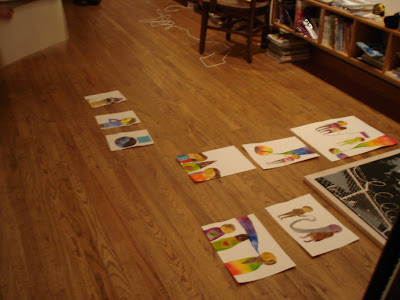 sometimes installations take a while 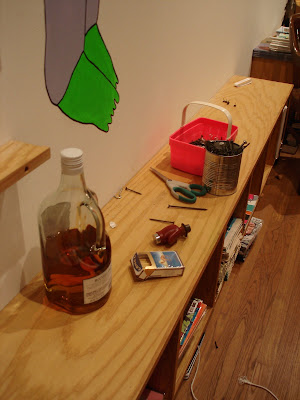 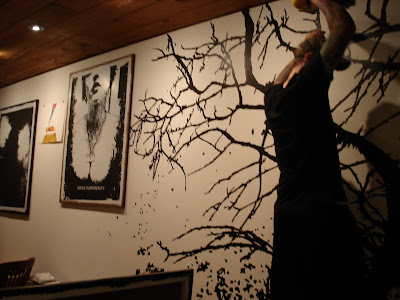 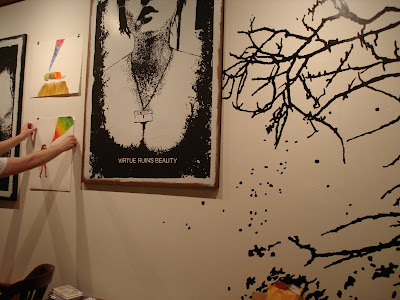 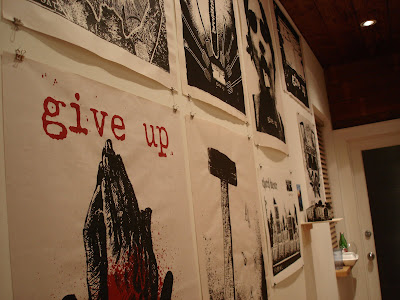 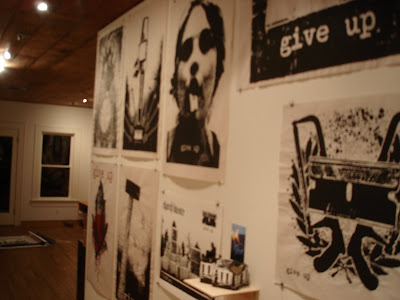 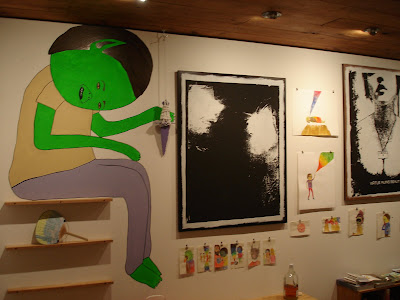 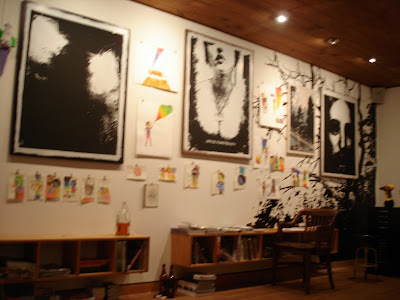 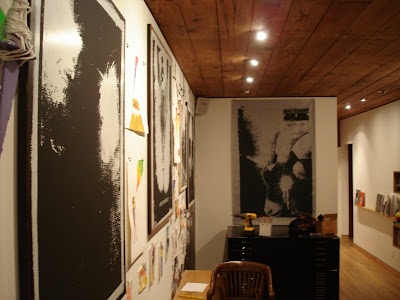 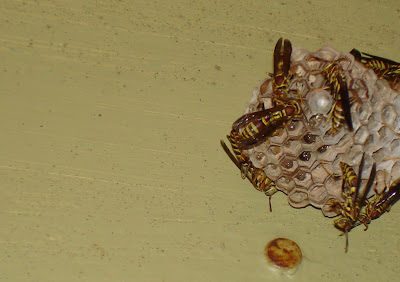 the red light on the camera made their wings stand up 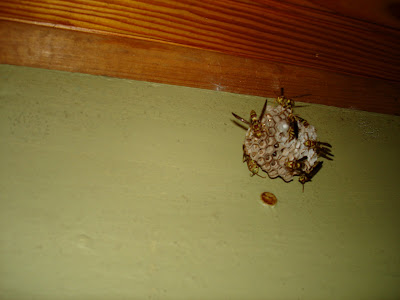 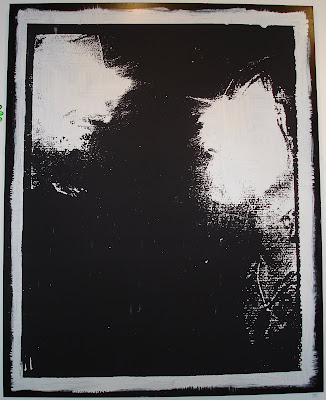 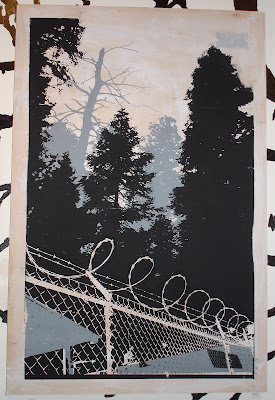 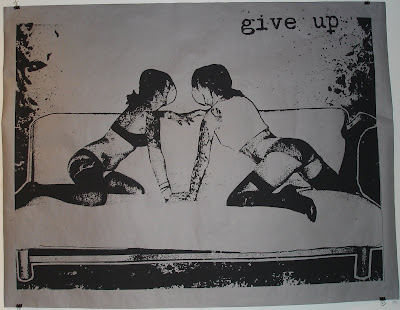 friends, skaters, graffiti writers, bike messengers, art fags, sluts, collectors, hipsters, humidity, etc, etc, etc. free beer is a pretty strong draw. shot a lot of pictures of the goings ons throughout the night. but then decided this is about my ego, not theirs. for more pictures of the action go to www.domystore.com. they also have all the works still available after the opening in the webstore while they last. or you can just go by their space. the show runs through august 17th. 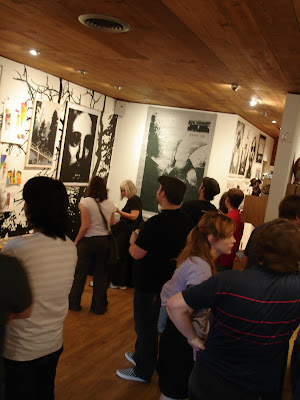 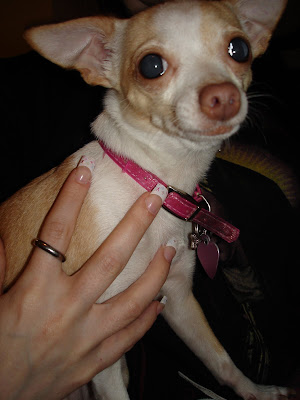 big thanks to will boone, mark flood, and nick merriwether for helping hang stuff and blocking in backgrounds. justin for delivering the work. chad for loading and unloading. and lauryn for trips to get things we forgot.
Posted by giveup at 1:21 AM

workin on our night moves..

..tryin to lose the ackward teenage blues..? ..when you just don't seem to have as much to lose.
fuck bob seger. 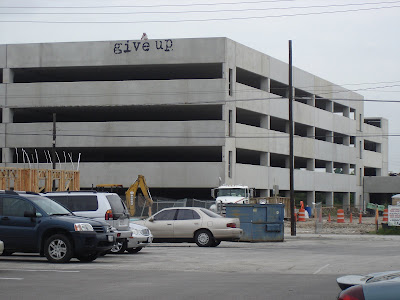 9am the morning after. this guy was pissed. 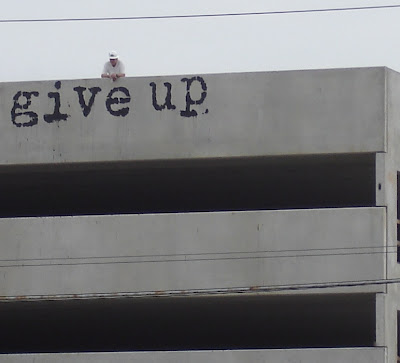 26 seconds of hate. everyone needs a break every once in a while. kenny KCP. no mercy. 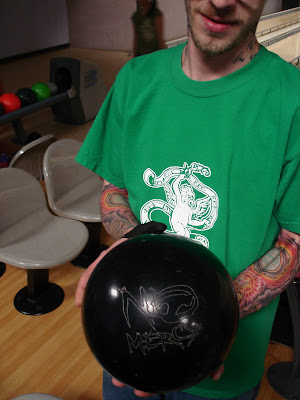 the news said it rained 26 days in june. july 9th and looking at at least 7 so far. keeping me inside.
that and getting ready for this show at domy. installation starts on wednesday. show opens friday. hoping to have one more piece finished before then. even without the rain i've been staying off the streets trying make sure my new stuff is still fresh for opening night.
this camera project is something i'm pretty excited about though. five disposable point and shoots that i filled up between spring and summer 2007 with photos of posters and other street work, as well as some other random stuff. just get them processed and enjoy the living. thank you terry richardson for making shittylifestylephotography acceptable as art. 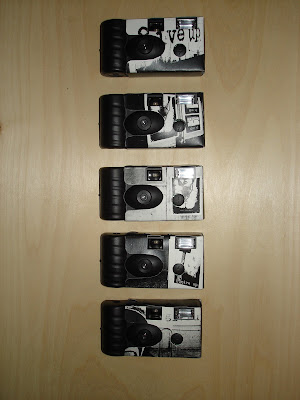 round one in an ongoing series available friday. 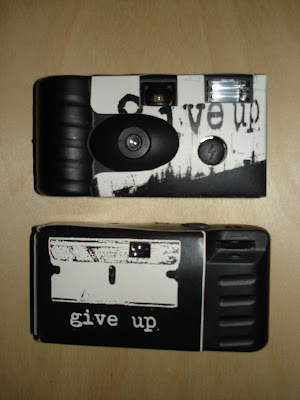 these weren't made to go on the street. might as well go here. gotta keep it light sometimes, you know? edition of 20. 19"x24" on 100lb stock. also available friday. cut fold burn. 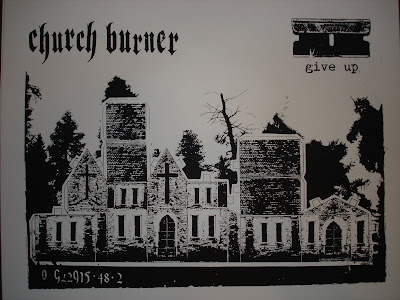 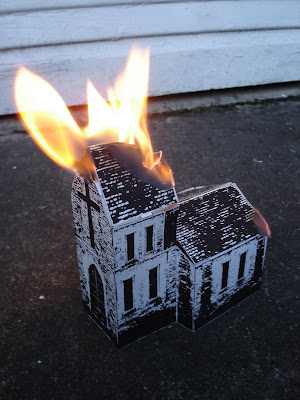 ...ain't it funny how the night moves 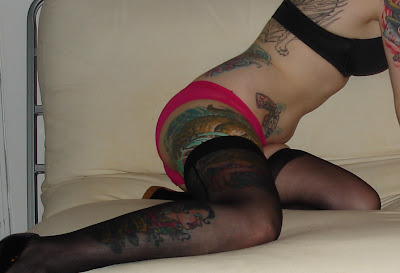